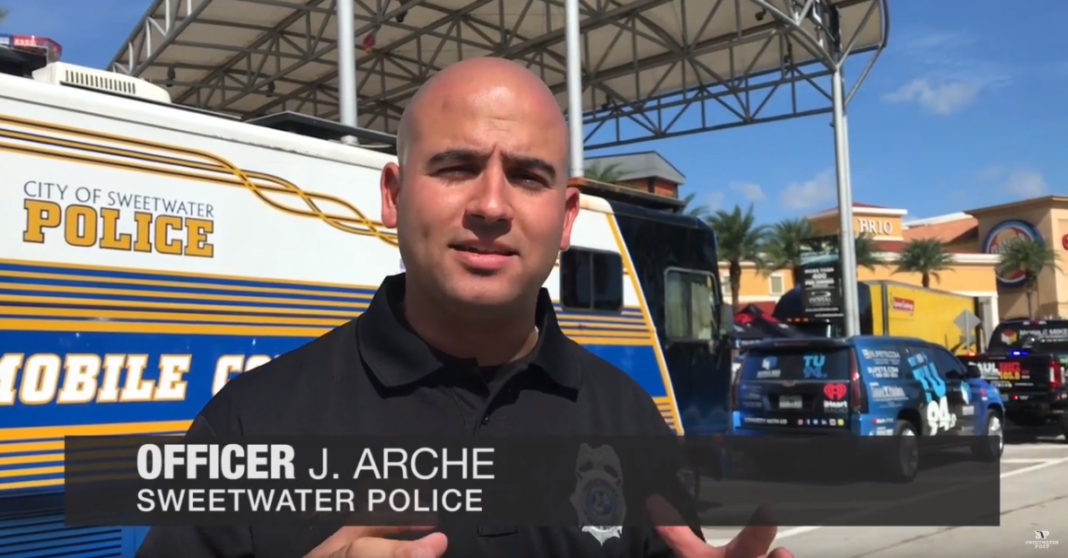 Sweetwater, FL – Sweetwater Police was present at Dolphin Mall in the western portion of Miami-Dade County along with City of Miami Police, South Miami Police, City of Doral Police and other police agencies to accept donations benefiting those in North Florida affected by Hurricane Michael recently. A number of officers, special vehicles and even staff from iHeartRadio were on hand ready to accept donations of emergency items like tents, sleeping bags, generators, non-perishable food, and baby supplies.

Almost a month ago, Hurricane Michael hit the Northern portion of Florida known as the Panhandle with winds of up to 155 MPH.

The Tallahassee Democrat reports, The storm was the first category four hurricane to hit the Florida Panhandle in recorded history. Michael was the strongest storm to make landfall in the United States since Hurricane Andrew in 1992. The Tallahassee Democrat reports that as of November 4, 2018, there are over 600 people still living in five shelters across Calhoun, Bay, Gulf, and Jackson counties in North Florida.

Sweetwater Police Officer J. Arche gave an overview of the three-day efforts to help those affected by the hurricane,

“We’re at Dolphin Mall, its the Sweetwater Police Department, along with FHP and other agencies, Iheartradio, Iheartmedia came out as well, and we’re collecting non-perishable food items, tents, generators, diapers, sleeping bags, and we’re gonna caravan it all the way up to the panhandle on Wednesday. Today and tomorrow we’ll be at Dolphin Mall from 6 AM until 9 PM tonight, and then on Tuesday, we’ll be at the Shops at Pembroke Gardens doing the same thing from 6 (AM) to 9 (PM). ”