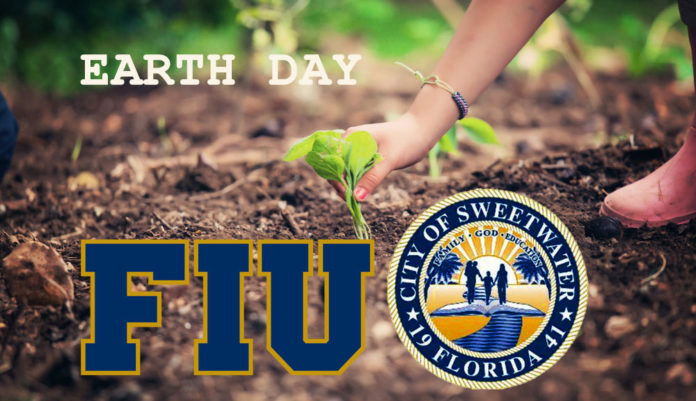 Sweetwater, FL – The City of Sweetwater has announced it will team up with a group of FIU students in a volunteer effort to beautify 109th Avenue in honor of Earth Day. According the the press release, the project will take place this Friday on Southwest 109th Avenue along are area in between the two student housing buildings, 109 Tower on S.W. 7th Street, and 4th Street Commons, on S.W. 4th Street.

This area will be part of a larger beautification project in the near future that will be more pedestrian friendly, adding lighting, wider sidewalks, and paved walkways. Students will participate by cleaning up trash and adding greenery along 109th Avenue.

The beautification project is one of many planned community improvement projects between Sweetwater and FIU. In 2012, a group of student volunteers, along with City of Sweetwater government employees, including Sweetwater Police officers met to clean up Carlow Park near S.W. 107th Avenue and S.W. 4th Street.