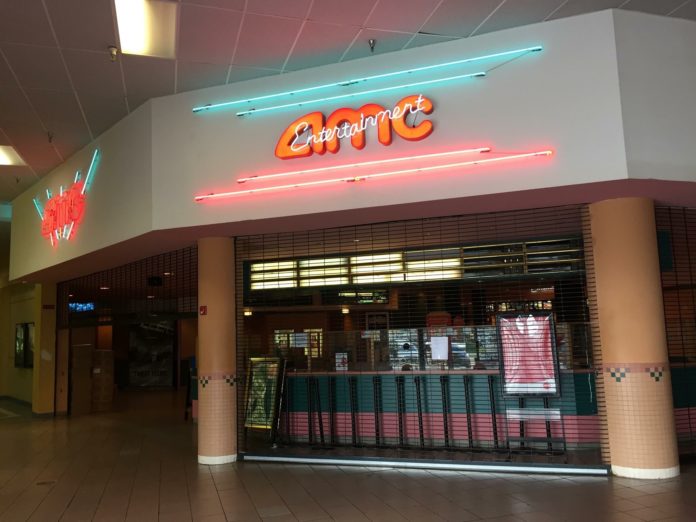 Miami, FL – Anyone who grew up in West Miami Dade County during the 80s or 90s remembers spending evenings at Mall of the Americas: whether playing Street Fighter at the arcades next to the movie theater, or listening to the latest CD at the Spec’s Music store.

Long before Dolphin Mall existed, before the spectacular 3D screens featured at Cobb Dolphin Cinemas or the fancy dining experience in Cinebistro at Dolphin Mall, and before AMC Theaters at Sunset Place, there was a time in Miami when the AMC movie theater at Mall of the Americas was one of the top destinations for entertainment in Miami. Couples, families, and people of all ages would gather to watch movies of the 80’s and 90’s that shaped generations, movies like Home Alone, Terminator, Forrest Gump, and Independence Day. On December 27, 2015, movie theater staff, friends, loyal customers and former employees gathered one last time to celebrate the end of an era as the AMC movie theater at Mall of the Americas closed its doors permanently.

Although many in Miami have moved on to other movie theaters that have attracted bigger crowds, there were still a number of faithful AMC Mall of the Americas customers that will miss going to what was one of the most popular movie theaters in the area.We spoke to the theater manager Wednesday morning as the theater staff emptied out the facilities, the manager pointed to a sign announcing the opening of a Costco that will replace the movie theater and take up much of the aging and desolate shopping mall. “It’s sad for a lot of people… A lot of good people came through these doors and we enjoyed providing a great experience for our visitors” said the manager who did not disclose his name.

The closing of AMC theaters at Mall of the Americas marks the end of a Miami landmark and an era when the area in east Fontainebleau and west of Flagami was known for entertainment.

Moviegoers in Miami: you still have plenty of options for movie theaters, we’ve put together a list of movie theaters near Sweetwater and FIU.

Sweetwater Police and Other Police Challenge Videos to Make Your Day