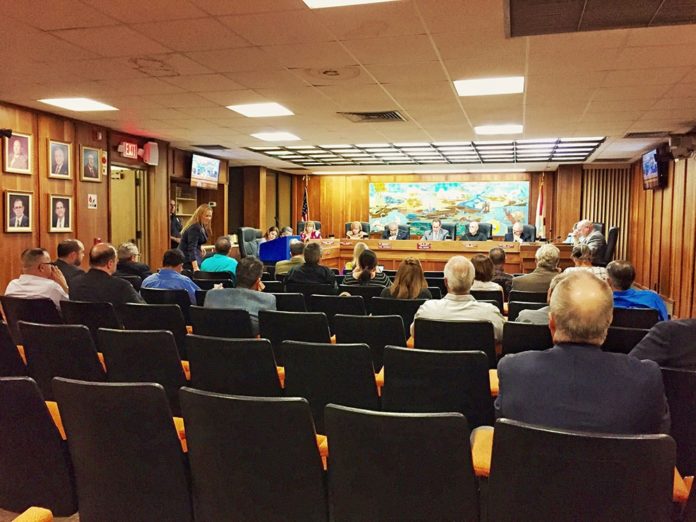 The City of Sweetwater will hold its monthly public meeting tonight at city hall, and aside from the usual proceedings, commissioners and government leaders will discuss owed payments to vendors, residential parking permits, help for those facing code enforcement violations, and a proposal for enhanced city services for Dolphin Mall.

There is a total owed to vendors by the City of Sweetwater of $187,697.24, among the notable invoices owed are the following:

The City Commission will discuss a proposal by Mayor Lopez for the City of Sweetwater to provide Dolphin Mall with enhanced services for a sum of $170,000.

Mayor Lopez and Interim Chief Placido Diaz are introducing an amendment to the city charter seeking to develop residential parking permits to alleviate the parking problems faced by local residents and FIU students since 2014.

The Iota Pi Lambda Chapter of Alpha Phi Alpha, a collegiate community service fraternity, will receive a proclamation made by Mayor Orlando Lopez.

Additionally, view the latest updates to the agenda by clicking here.

About the City Commission meetings

The City of Sweetwater holds its regular commission meetings every first Monday of the month at 8 P.M. Meetings are open to the public.