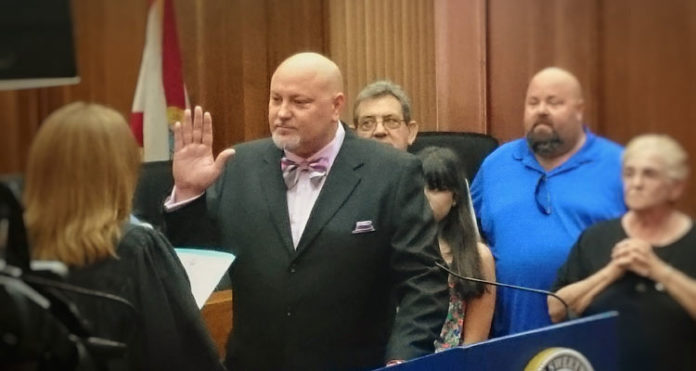 Mayor-elect Orlando Lopez is celebrating his victory as the new Mayor of Sweetwater after much controversy in one of the most heated elections ever in Miami-Dade County.

Voting results showed Orlando Lopez got 936 votes versus 598 votes for Deborah Centeno and 145 votes for Douglas Mayorga. A total of 2,176 ballots cast and 24.03% of Sweetwater voters participated in the election, surpassing our own predictions of 20% turnout.

Commissioner-elect Idania Llanio was present with County Commissioner Jose “Pepe” Diaz waiting for the results during the Sweetwater Electoral Canvass Board meeting and commented on her victory, “I thank all of the residents for supporting me.”

The new changes to the city commission will bring about interesting developments since Mayor-Elect Orlando Lopez will have to lead the city with a city commission full of his political adversaries.

Centeno On Possibility As Commissioner

Deborah Centeno could possibly be considered to fill the city commissioner seat left by Lopez, given the recent support Jose M. Diaz showed Centeno. When asked about this possibility, Centeno expressed interest in “any position that would help her fight corruption”.