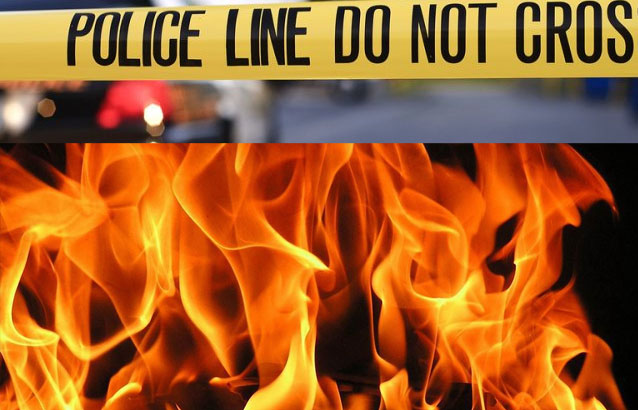 Sweetwater, FL – Sweetwater Police were called to the scene of a fire Saturday night and made a gruesome discovery: a human body burned to an unrecognizable ash. The discovery was made in an alley behind the Flagler Shopping Plaza, located in the South West corner of 114 Ave and Flagler Street. Police cordoned off the alley on both the 114 ave and 115 ave entrances. LocalsÂ say the victim is a female that lived in Sweetwater.
The gruesome crime has Facebook and other social media platforms full of rumors and speculation, among them: The victim was dating a 30 year-old man that was possessive and “psycho”.

Employees of several businesses located at Flagler Shopping Plaza seemed shaken up by the horrific scene, unwilling to comment on the situation.Â One employee confirmed the surveillance cameras located behind the building are functional and they provided Miami Dade Police Detectives necessary video footage.

Miami-Dade Police Homicide Detectives are investigating the crime, it is still not known if they have a suspect.